Bikes for Japan delivered over 650 bikes to shelters in the Tohoku region immedietly following the 2011 Sendai earthquake.

PRE/POST was a financial and technical supporter of the project. 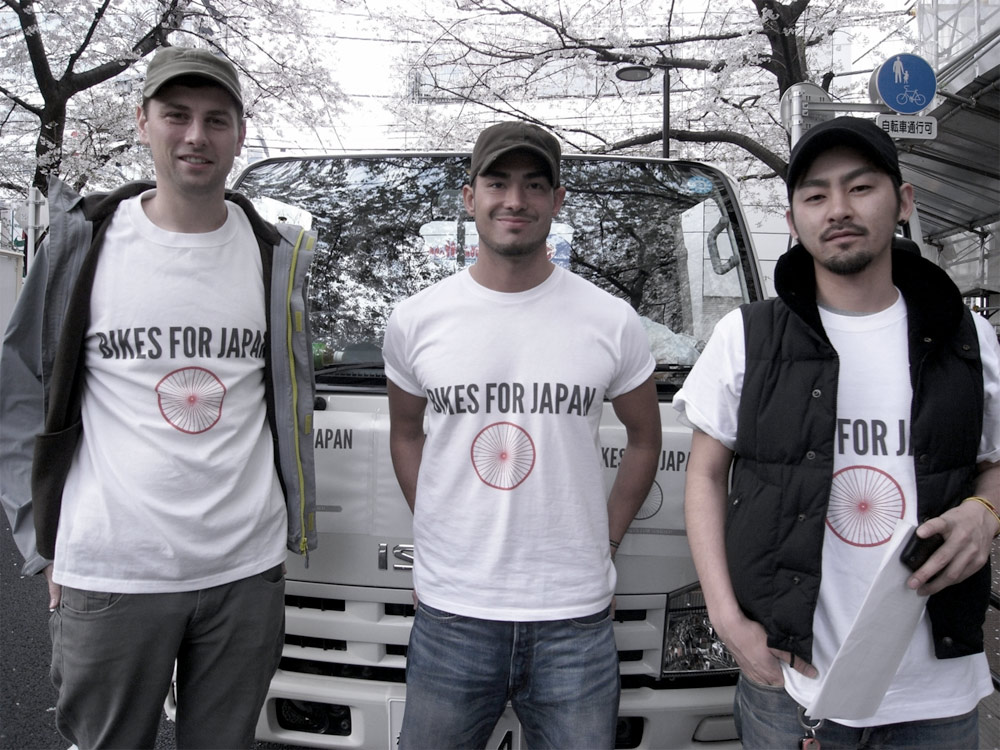 Bikes for Japan is a grassroots initiative set up by Daiki Mochizuki and Henry Osborn aimed at delivering restored bicycles to the people of Tohoku following the tsunami disaster of March 11, 2011.

From March until August 2011, Bike for Japan collected and delivered over 650 bicycles to shelters in the Tohoku region.

PRE/POST donated all sales from March of 2011 to the Bikes for Japan initiative. The money went to operating costs (truck rental, gas, bike parts) as all bikes were donated by Tokyo schools and families.

We also helped BFJ get online, which, you know, basically means registering a URL, setting up a Tumblr page, and creating a Facebook group. (Which, by the way, can we all agree is amazing? Amazing that you can go from zero online anything to a 'full' suite of presence in an hour if you know what you're doing? Even less now, we'd argue, since a Facebook Group/Page is generally Good Enough. Meaning domains and hosting services are unnecessary for an operation of this nature.)

You can trace back through the entire journey here, on bikesforjapan.org.

I'm a bookstore, how can I carry your books?

We love bookshops! Email us at: yes@prepostbooks.com.

A poorly written, spam filled tornado of chaos for your inbox. We highly recommend not signing up.